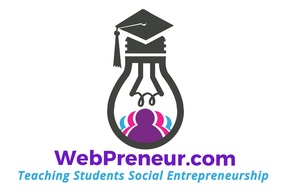 WebPreneur is an online educational platform that invests in middle school youth through the power of journalism.  WebPreneur.com holds tuition free online programs with ProjectNextGeneration.org to teach leadership and business skills to middle schoolers.

About the founder of webpreneur.com 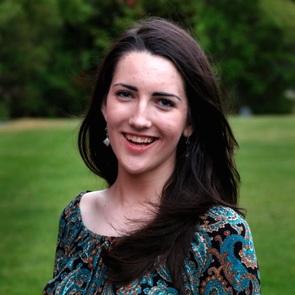 Katie Curran founded WebPreneur.com under the umbrella of her organization, ProjectNextGeneration.org.  Project Next Generation is a leadership and educational organization for youth that focuses on the following themes: Leadership/Peacemaking, Diplomacy/Global Citizenship, Politics/Civics, Volunteerism, Journalism and Business/Entrepreneurship.  Katie created WebPreneur.com to encompass business and social entrepreneurship into the organization.   She is a rising senior at Sturgis Charter Public School, an International Baccalaureate high school in Hyannis, Massachusetts.

Writing and journalism are areas of interest for Katie.  She is editor-in-chief of her school newspaper, the Sturgis StormWatch.  Katie was a 2014 National Youth Correspondent in Washington, D.C.  She has also completed a journalism internship in Switzerland.  Katie covered President Barack Obama's Inauguration in Washington D.C. in January 2013 and an event at the John F. Kennedy Presidential Library & Museum with Jimmy Carter.  She has met President Bill Clinton, Taylor Swift, Ed Sheeran and Kelly Clarkson on reporting assignments.   In addition, Katie is a contributor for CapeCodToday.com. Katie is a Scholastic Art & Writing National Gold Medalist for her critical political essay on Former Speaker of the House, Tip O'Neill.

She is a member of her school's Model United Nations. Katie has represented Iraq, Iran and Sudan at the National High School Model United Nations Conference in New York City.  She is actively involved with the Student Council.  She is President of her Key Club at Sturgis Charter School.

Katie values international travel and sees the enriching experiences that travel holds.  She was selected as an EF Global Citizen Scholar and traveled to the Global Student Leaders Summit in Davos, Switzerland.  Katie was a youth exchange ambassador to Denmark and the Czech Republic.

Katie strives to revitalize civics education for youth.  She is a member of the Edward M. Kennedy Institute Young Leaders Network.  Katie was selected as the 2015-2016 NCAM Ambassador for Massachusetts and will travel to the U.S. Capitol in September 2015.  She is interning as the Youth Activities Coordinator at the John F. Kennedy Hyannis Museum.